By thotalagala on Tuesday, September 26th, 2017

The first time I went to Haputale was to challenge Mrs Queenie Daniel to a game of Scrabble. Mrs Daniel was renowned throughout Sri Lanka’s tea country as a formidable (if not entirely scrupulous) board game player.

But when I checked into Hyacinth Cottage, her quaint B&B, Mrs Daniel was off visiting relatives in Kandy. Her son greeted me instead. He did not play Scrabble but he did broil me buffalo hearts for dinner, a meal as awful and unforgettable as it sounds. Despite these setbacks, I was swiftly smitten with Haputale. The French have a saying, coup de coeur — a blow to the heart, a crush — to describe powerful life experiences that leave you speechless. That’s how I felt about this scrappy town clinging to an escarpment high in the sky, the earth falling away on all sides to rolling hills and emerald plains extending to infinity. That was almost 20 years ago. I hadn’t been back to Sri Lanka since but late last year got the chance to return and my travel agent, India Unbound, asked was there anywhere special I would like to see. So I said, Haputale.

Few tourists go to Haputale. That’s a great part of its appeal. The travellers crowding the toy-like train that snakes its way from Colombo up into the island’s misty high country mostly disembark at Nuwara Eliya, a pretty town overrun with backpackers. I am the only tourist who gets off at Haputale. Driver Hassan Mohammed meets me at the station to take me to Thotalagala, a former tea planter’s bungalow reopened as a seven-room hotel on Christmas Eve, 2015. Mohammed has worked for the hotel for nine months but is as wide-eyed as I am at the scenery along Dambatenne Road.

Clouds and mist appear then vanish like a magic trick that never tires, revealing hillsides sculpted into Seussian shapes: feathery mara trees, topiary tea hedges and pollarded Truffala trees (not their real name, obviously). The mountain range forms a vast natural amphitheatre that peaks at Lipton’s Seat, some 450m above us (we’re currently at 1430m) and declines all the way to the coast. On a clear night you can see the flash of Hambantota lighthouse, almost 150km distant.

Mohammed is from a village 20km away. As we motor along slowly, swooning at the panoramas, I ask if his village is this beautiful too. “Nooo!” he says. “Haputale is one of the best places I ever …” and his voice trails off because, really, there are no words. Pink crocuses bloom on the verges as we descend a narrow road, past the “Sprayers’ Changing and Bathing Cabin”, to an elegant bungalow perched on the escarpment in extravagant gardens of African tulips and golden rain trees. Thotalagala’s beaming assistant manager Deepika Jayawardene gathers me on the veranda and leads me inside for a cuppa. The tea leaves were grown on this very estate, part of the 6000ha Agarapatana Plantations that include Dambatenne, the tea gardens planted by Sir Thomas Lipton himself.

Thotalagala’s suites are named for notable and notorious colonial characters, from tea entrepreneur Lipton to the abominable hunter Major Rogers, infamous for slaughtering more than 1400 elephants before he was struck dead by lighting in 1845. “They say that lightning continues to strike his grave today because nature is still angry with him,” Deepika nods wisely.

My junior suite, scented warmly with cinnamon, is called George Pilkington after an Englishman who came to Haputale on horseback in 1898 with Lipton and Thomas Villier and “roamed the cold and dangerous hills”. A typed note in my room explains the trio was, predictably, enchanted by the beauty of this countryside. “They ‘felt a whiff of England and Scotland in the atmosphere’ and enhanced the beauties of nature by clearing hill slopes to plant tea.”

Read the full article on theaustralian.com.au 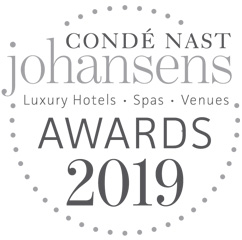